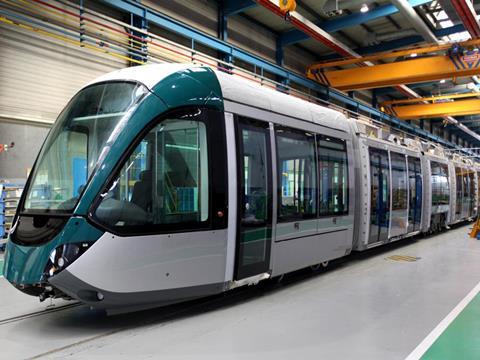 The work undertaken at the Sandyford depot included changing the wheels and overhauling the articulations, master controllers and the heating and ventilation including the cab air-conditioning. Alstom also modified the pantograph connectors and upgraded the static converters.

The depot’s bogie overhaul area was upgraded with an improved wheel press, additional bogie stands and a revised layout to streamline the work.

‘The first tram took us four weeks to complete, but by the third tram we’d got that down to two weeks which then became our standard’, said Nick Phillips, Operations Director, Alstom Ireland.