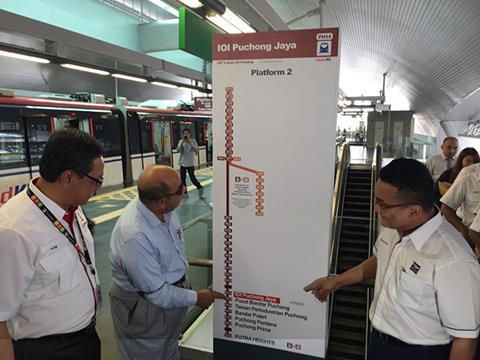 The latest section to open, between Kinrara BK5 and Bandar Puteri, is the second phase of the 11-station elevated extension to Putra Heights. The first four stations, from Sri Petaling to Kinrara BK5, opened on October 31. The remaining three stations will open at the end of June, at the same time as the 12-station Kelana Jaya Line extension, which will also terminate at Putra Heights.

The section between Chan Sow Lin and Bandar Puteri is now branded the Sri Petaling Line. Services on the extension are operated as a shuttle from Sri Petaling until full migration of the signalling is complete.