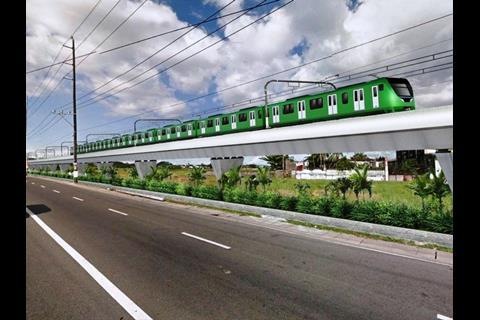 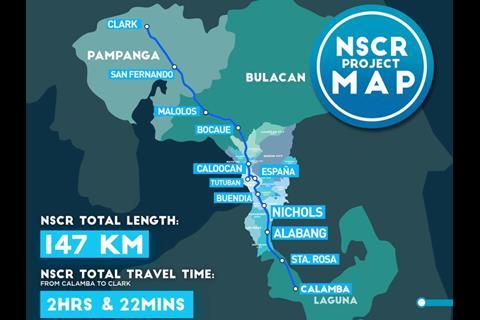 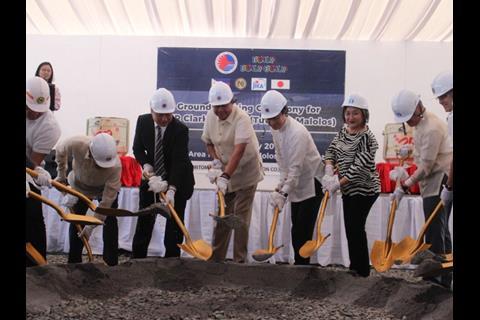 PHILIPPINES: In what the organisation says is its ‘largest single infrastructure project financing’, the Asian Development Bank on May 23 agreed a loan worth US$2·75bn for construction of the Malolos – Clark suburban railway.

This long-standing scheme has been revived by the current government in Manila under its ‘build, build, build’ infrastructure stimulus programme. A 53 km, double-track electrified railway is to be built for 160 km/h operation, linking Malolos in the northern suburbs of Manila with Clark Economic Zone and Clark International Airport in central Luzon province. Interchange with Manila light rail Line 1 is to be provided at Blumentritt.

The 1 435 mm link would form the second stage of the planned North South Commuter Railway, a 147 km high-density corridor running across the Manila conurbation from Clark in the north to Calamba in Laguna province, southwest of the capital. Provisionally costed at around 780bn pesos, this ‘seamless’ commuter railway would be worked by a fleet of 58 eight-car trains, according to Under-Secretary of Transport Timothy Batan. A groundbreaking ceremony in February marked the start of work on the first phase, a 38 km section linking Tutuban with Malolos.

Both this and the route to Clark broadly follow the alignment of the moribund 1 067 mm gauge Philippines National Railway main line to the north. However, the Malolos – Clark line is to be built mostly on an elevated alignment using modular viaduct elements, ADB says. This should reduce land acquisition risk and protect the line from flooding.

The government hopes to be able to offer a Clark – Tutuban journey time of around 1 h, which it hopes will attract people to relocate out of the densely populated centre of Manila.

‘ADB’s partnership with the Philippines has always been strong, and it has become stronger in the last three years’, said ADB President Takehiko Nakao. ‘The government’s build, build, build programme is clearly steering the much-needed acceleration in infrastructure spending. One of the key flagship projects of the BBB program is the Malolos – Clark railway.’

A further US$2bn in co-financing from JICA is to support procurement of railway systems and rolling stock for the line.