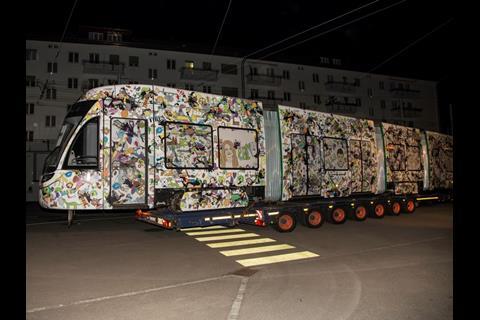 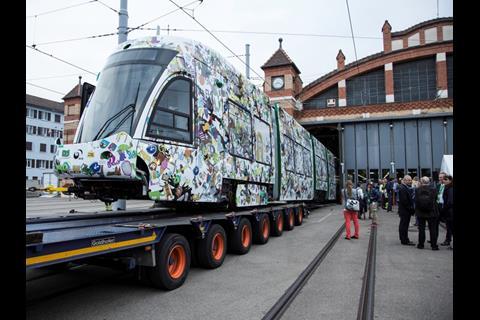 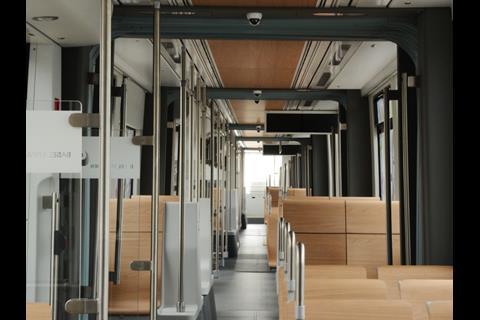 SWITZERLAND: The first Flexity Basel tram from Bombardier Transportation arrived at the Wiesenplatz depot in Basel in the early hours of September 4.

It took four days for the tram to be transported by Universal Transport on a low-loader from Bombardier’s Bautzen plant. It will now undergo testing on the metre gauge network.

Transport authority BVB ordered 61 Flexity trams for SFr255m in 2012 in what it describes as its largest ever tram order. The 100% low-floor vehicles will come in five- and seven-section variants. The second tram is scheduled to arrive for testing in the next few months, with deliveries of the remaining seven-section trams starting in mid-2015 at a rate of two per month. The five-section versions will arrive from 2017.

The first two vehicles will undergo testing in special livery featuring drawings by local children to indicate that they are not in passenger service. Once they enter regular service, they will carry green livery.

The tram will be presented to the public on a depot open day on November 8.