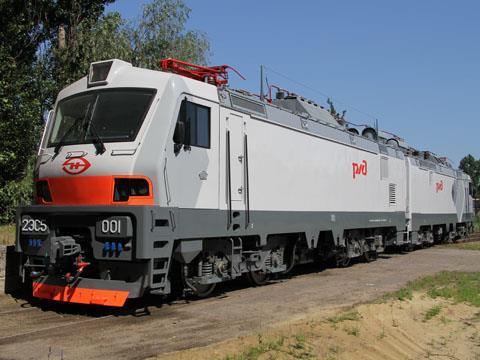 RUSSIA: Alstom and Transmashholding have signed contracts setting out how they will co-operate to produce the 200 twin-section 2ES5 electric freight locomotives which Russian Railways ordered in June.

Announcing the agreement on September 29, Alstom said its share of the €1bn deal is worth €400m.

As with the EP20 passenger locomotives which the companies are also co-producing, the 2ES5 will be designed by their TRTrans joint venture. Key components including the bogies and motor block will be manufactured by a second joint venture company, RailComp, while design and production of the 2ES5 will be carried out at Transmashholding's Novocherkassk site. Deliveries are scheduled to begin in 2012.