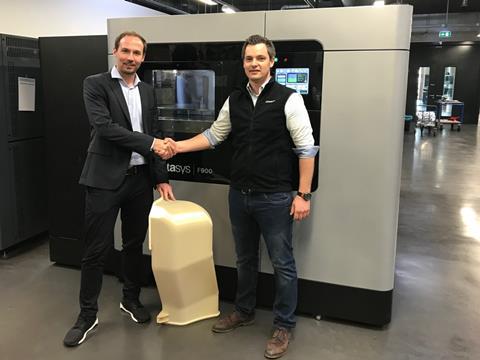 ADDITIVE MANUFACTURING: Bombardier Transportation is to install a Stratasys F900 3D printer at its Hennigsdorf plant.

Purchased through Stratasys’ regional distributor Alphacam, the printer will use ULTEM 9085 resin to produce components previously made from glass fibre or tin.

Bombardier intends to use the printer to produce interior and exterior rolling stock parts — including air ducts, housings and cable holders — as well as tools and prototypes. The parts will be used on trains and trams that Bombardier produces for Germany, Austria and Switzerland.