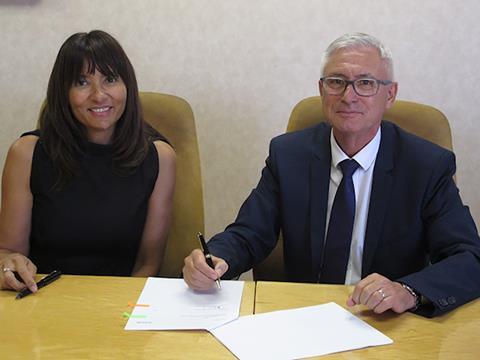 SOUTH AFRICA: Alstom announced Alstom Ubunye (‘unity’ in Zulu) as the new name for Commuter Transport & Locomotive Engineering on April 6, when it confirmed that following regulatory approval it had completed the acquisition of a 51% stake in the rolling stock refurbishment business which had been announced on November 26.

The former Union Carriage & Wagon was acquired by a consortium including Commuter Transport Engineering and Industrial Development Corp in 2013 after Murray & Roberts decided to divest it to focus on infrastructure construction. The company has an 80 000 m2 plant at Nigel southeast of Johannesburg, more than 400 employees and recorded a turnover of more than €15m in 2014.

CTE and IDC Corp remain as minority shareholders, and an employee benefit scheme is to be established. As part of its integration into the wider Alstom group, Alstom Ubunye’s activities will be expanded to include infrastructure, signalling, components and services.

The new CEO is Yvan Eriau, who is also Managing Director of Alstom South Africa. He said Alstom has decided to invest in South Africa to be closer to its customers. ‘We know we can rely on a highly skilled workforce here in CTLE to seize the new opportunities to come. We are very pleased to conclude this new deal with our South African partners to create a stronger industrial and commercial base able to offer a full range of rail products & solutions in Southern Africa.’