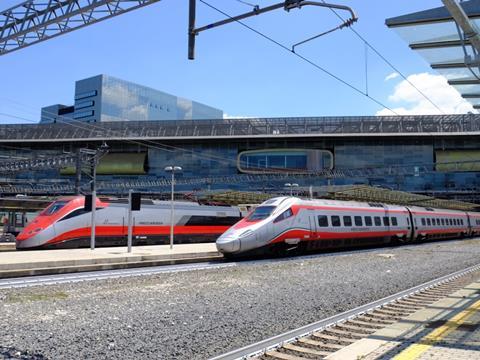 ITALY: Meeting on June 15, the board of FS Group and the Eurostazioni consortium formally approved the sale of their respective stakes in the Grandi Stazioni Retail business to Antin Infrastructures, Icamap and Borletti Group. The transaction is expected to be completed by the end of July.

The retail business has been spun out of FS Group’s Grandi Stazioni subsidiary, which was established in 2000 to develop and manage 14 of Italy’s major city centre and high speed stations, along with two in the Czech Republic. GS is already partially privatised, being owned 60% by FS Group and 40% by Eurostazioni. This consortium is in turn owned by three private investors – Benetton Group, Caltagirone Group and Pirelli – with 32·7% each and French national operator SNCF holding the remaining small stake through its investment subsidiary SNCF Participations SA. In 2014, Grandi Stazioni reported revenues of €210m, of which €110m came from its retail activities.

Following the decision to sell off the retail operations, Rothschild and Gianni Origioni were appointed last year to provide financial and legal advice. Tenders were invited in November, and 17 groups expressed interest. Nine presented non-binding offers and five progressed to due diligence. Four final offers were submitted.

When the bids were opened on June 8, FS and Eurostazioni announced that the Antin group had made the best offer, with a net financial value of €953m. The other bidders were Deutsche Asset management, Lone Star private equity fund and Altarea with APG and Predica.

Grandi Stazioni CEO Paulo Gallo said the group was ‘delighted with the market response’, adding that Antin had ‘correctly identified the development potential of the GS Retail business’. FS Chairman Gioia Ghezzi thanked the railway’s board and management team ‘for their excellent work that has made it possible to conclude the transaction in the best way’.

According to FS Group CEO Renato Mazzoncini, the sale of GS Retail is ‘an important step in our strategy, which envisages a focus on the infrastructure and transport businesses’. He said FS would work with the new owners ‘to harness the potential enormous value’ of this ‘unique business’, adding that the retail operations should benefit from the joint management of Italy’s largest stations ‘for both commercial expansion and penetration of the retail market’.

The government’s plan to privatise a minority stake in FS Group is still being debated at national level, and this is not now expected to take place before 2017.