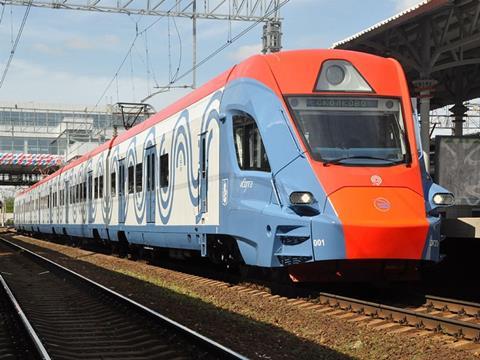 The value of the contract is 11bn roubles and marks a follow-on order for the design after CPPK ordered 24 six-car trainsets in March this year. These are to be delivered by the end of 2019 and are intended for use on the initial sections of the Moscow Central Diameter network, which will link a number of the radial routes around the capital.

Two pre-series EG2Tv trainsets have already been deployed by CPPK on the Moscow – Novopredelkino route.