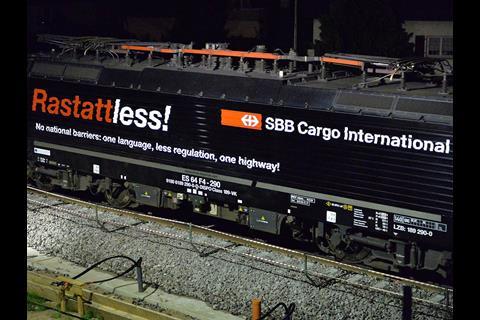 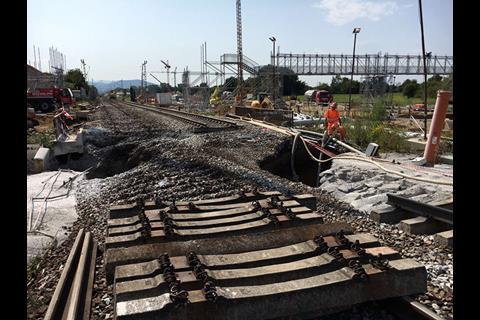 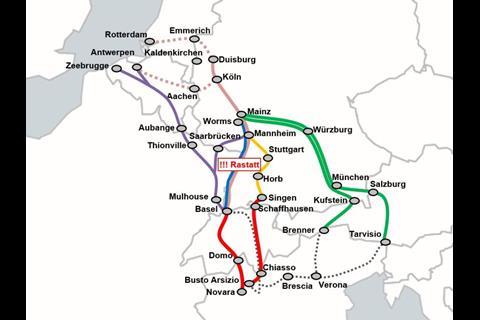 GERMANY: Following a hiatus of around seven weeks, trains began running through the town of Rastatt on the Rhein Valley main line between Karlsruhe and Basel at 01.00 on October 2.

The busy freight and passenger artery had been blocked since August 12, when a tunnel beneath the alignment collapsed. The tunnel is being excavated as part of a route modernisation project to provide four tracks along the length of the route.

While passenger services were largely replaced by substitute buses, the closure of the line had a particularly severe impact on pan-European rail freight. On September 4, more than 20 freight and logistics associations wrote to German Federal Transport Minister Alexander Dobrindt and European Transport Commissioner Violeta Bulc to warn of a ‘collapse’ in rail freight unless urgent mitigating actions were implemented.

Announcing the reopening on October 2, infrastructure manager DB Netz said freight traffic would resume ‘at high throughput’, with up to 180 freight paths through Rastatt already taken up by operators.

‘The suspension of several weeks was a tremendous challenge for all those involved, which we have managed above all through committed cooperation’, said Sven Hantel, Operations Director for Baden-Württemberg at DB Netz. ‘We would like to express our thanks to our customers for their understanding and patience.’

Repairs to the alignment were completed five days faster than originally envisaged, DB Netz reported. Some 3 000 tonnes of concrete were used to rebuild the formation over the tunnel, and sensors have been fitted along the affected section to monitor the stability of the railway and related earthworks.