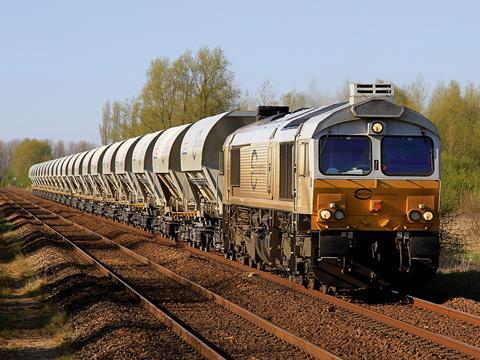 FRANCE: DB Cargo subsidiary Euro Cargo Rail announced on July 4 that restructuring had completed a key stage, with its redundancy programme agreed by the unions and approved on June 23 by the government regional office responsible for employment.

ECR had begun negotiations with the unions in December 2016, originally expecting to make 300 staff redundant under its restructuring plan to ensure the long-term viability of the company and achieve sustainable growth. Following recent contract wins, it will now be removing 126 posts, while 100 staff have already been found employment at companies outside the DB group, mainly at Ouest Rail and SNCF Mobilités.

On June 30 the DB Cargo board approved a €150m recapitalisation of ECR, which the latter says will enable it to pursue its recovery strategy. Based on the principles of ‘simplification, responsibility and quality’, this programme is already bearing fruit, according to ECR, which after making a loss of €25∙5m in 2016 is now expecting to break even by the end of 2018.

DB Cargo CEO Jurgen Wilder said that the company had ‘full confidence’ in the potential of Euro Cargo Rail to serve the French domestic market and participate in international traffic flows with other members of the DB group. ‘By means of this recapitalisation, which is the largest in the history of ECR, we are confirming our support for our subsidiary in order for it to remain the premier private freight operator in the French market.’

In an economic context that was ‘still very difficult for rail freight’, ECR CEO Gottfried Eymer said that the company had managed to complete key stages in its restructuring programme according to schedule. ‘If there remains much to be done, we know that we can rely on the support of our shareholder’, he added.

‘But rail freight will not survive without clear political support’, Eymer warned. Describing rail freight in France as ‘a sector for the future’, he explained that it was ‘efficient for its clients, freeing up road space and respecting the environment.’