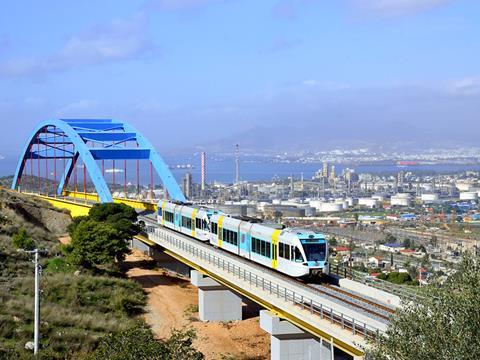 GREECE: Privatisation agency the Hellenic Republic Asset Development Fund has invited expressions of interest in the purchase of 100% of the share capital of national train operator Trainose.

The process is to be undertaken in two phases, with Phase A being the submission of expressions of interest by September 16. In Phase B, pre-qualified investors would be invited to undertake due diligence before submitting binding financial offers.

Trainose was established in 2005 as a subsidiary of state railway OSE, which retained responsibility for the infrastructure and regulation. Trainose was transferred from OSE to direct state ownership in December 2008, and subsequently to the privatisation agency.

HRADF expects Trainose to sign a number of contracts before being privatised. These are to include a five-year public service obligation operating contract with the government worth up to €50m/year, a track access agreement with OSE, and long-term agreements for the lease of property assets.

The rolling stock is currently owned by OSE, but is to be transferred to the state and will be made available to Trainose under a long-term lease. Rolling stock maintenance activities are being spun-off into a new state-owned company ROSCO SA. This will sign long-term maintenance contracts with Trainose, before itself being privatised as an independent company.

The financial advisors for the Trainose privatisation are Investment Bank of Greece and Kantor Management Consultants, with Hogan Lovells International LLP and M&P Bernitsas acting as legal counsels and Louis Berger as technical advisor.