Feature articles in the June 2014 issue of Metro Report International 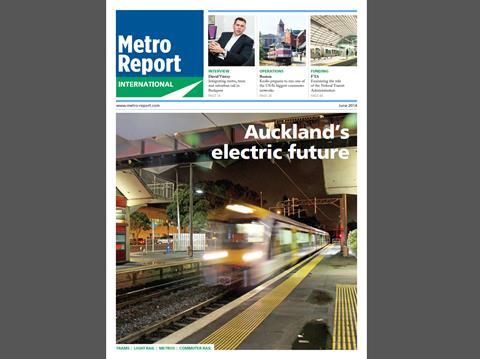 Articles in the June 2014 issue of Metro Report International.

Despite setbacks, the second metro line in one of India's largest cities is set to open in 2016

As work on Crossrail reaches its halfway mark, Dan Harvey provides an update on the tunnelling and fit-out works

As Yarra Trams takes delivery of 50 E-Class trams, the operator looks at how to share the benefits

Set to open next year, the city's first tram route will be equipped with locally made track components and vehicles