First Cuenca tram on its way 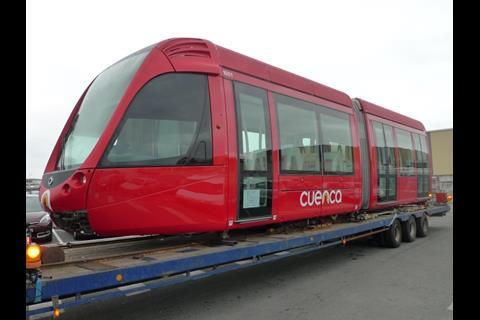 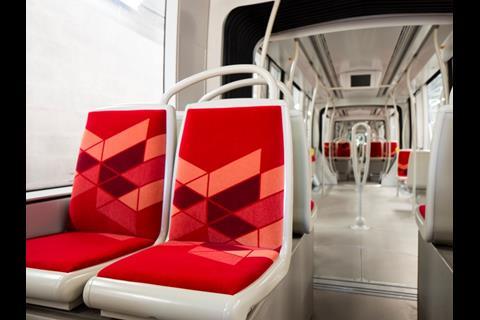 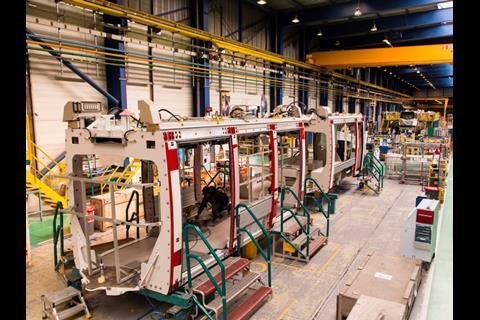 ECUADOR: The first Citadis tram for Cuenca has left Alstom’s La Rochelle factory in France. It is scheduled to sail from the port of Antwerpen on May 17 and is expected to arrive in Cuenca by the end of June.

In 2013 the city of Cuenca signed a US$142·6m contract with the CITA Cuenca consortium, which is led by Alstom and includes CIM, Ineo, and TSO. Alstom’s share covers the supply of 14 trams, as well as electrification, power supplies and systems integration.

A separate US$72·1m contract covering the construction of the rolling stock maintenance depot, preparation of the alignment and other works was awarded to the Tranvía Cuatro Ríos de Cuenca consortium. Project management and supervision is being undertaken by SMT-AC/Artelia Ville & Transport under a third contract worth US$8·2m.

The 100% low-floor trams are 33 m long and have capacity for 300 passengers. They will use Alstom’s APS ground-level power supply for catenary-free operation in the historic city centre.

Other Alstom sites involved in the manufacture include Ornans (motors), Le Creusot (bogies), Villeurbanne (traction equipment, control system, passenger information system and onboard equipment) and Tarbes (modules and circuit breaker cabinets). The remaining trams are due to be delivered by October, for entry into commercial service next year.