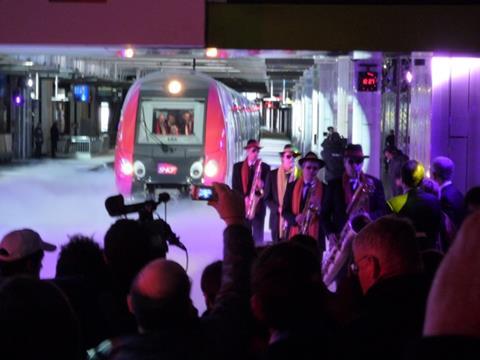 FRANCE: ‘This is the most important development in public transport since the launch of the TGV’, claimed Jean-Paul Huchon, President of the Ile-de-France transport authority STIF, welcoming the first Francilien EMU at Paris Nord on December 12.

Accompanied by SNCF President Guillaume Pepy, Bombardier Transportation President André Navarri and local government representatives, other VIPs, users and guests Huchon celebrated the arrival of the first train, carrying a wide selection of local users and guests. The party then travelled on the return trip to Luzarches for further celebrations.

STIF and SNCF had jointly ordered 172 of the wide-bodied articulated EMUs from Bombardier in October 2006, a cost of €1·85bn, with an option for a further 200. Following an extensive test programme involving seven pre-series trains, the first two series-built units were delivered in October and November, ready to enter service with the December 13 timetable change. Four more are to join them by April 2010.

With shorter body sections 3 060 mm wide, the single-deck Francilien sets can carry up to 915 seated and standing passengers in a 112·5 m long eight-car unit. The 172 sets on order will renew around 20% of the Paris suburban fleet over the next five years. The first 82 sets will take over Line H services from Paris Nord to Luzarches, Persan-Baumont and Pontoise by June 2012, replacing Z6100 EMUs and RIB/RIO push-pull trainsets. They will be followed by 35 sets for Line P linking Paris Est with Meaux and Colommiers, and 55 seven-car sets 94 m long to operate Lines J and K from Paris Saint-Lazare.

Being built at Bombardier’s Crespin plant, the Francilien units will be delivered at 2½ trains per month from February 2010. STIF has now reached agreement for the manufacturer to step up production in 2011-12, so that the final units will enter service eight months earlier than initially envisaged.

Line H currently handles around 200 000 passengers/day out of the 2·8 million using Transilien services. The route is being upgraded to coincide with the arrival of the new trains; station platforms are being raised to 920 mm above rail to provide level boarding, along with other improvements to accessibility and information systems. 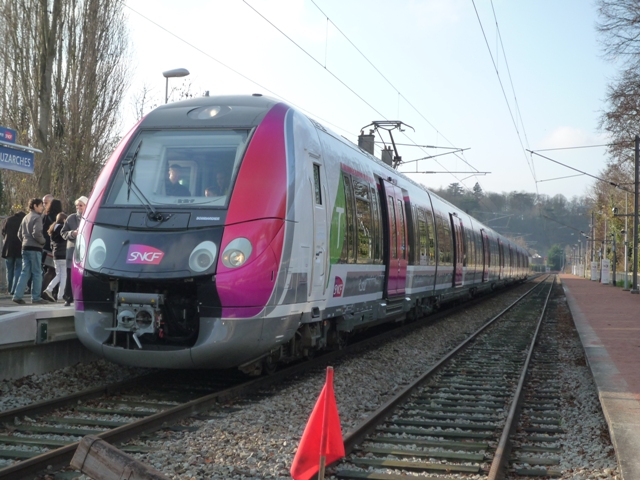