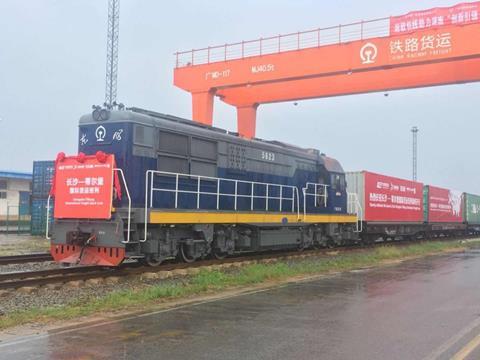 INTERNATIONAL: A container service between Changsha in China and Tilburg in the Netherlands has been launched by RZD Logistics and Hunan Xiangou Express. They plan to operate two trains per month, with a 16-day transit time on the route via Mongolia, Russia, Belarus, Poland and Germany.

‘RZD Logistics evaluates the most promising business projects and follows the tendencies of consumer markets in Russia, China and Europe’, said RZD Logistics Sales Director Olga Stepanova on August 20. ‘Today we see that Changsha is gradually transforming into the centre for the consolidation of cargo from central China. It has good perspectives of growth, due to the development of certain sectors of economy. Tilburg, on the other hand, is the Netherlands’ second largest transport logistics hub, equipped with modern infrastructure necessary for handling large cargo flows coming by transit trains. By means of connecting these two cities, a new service will definitely contribute to the development of Russia’s transit potential.’