Failure ‘not an option’ for maize shipments 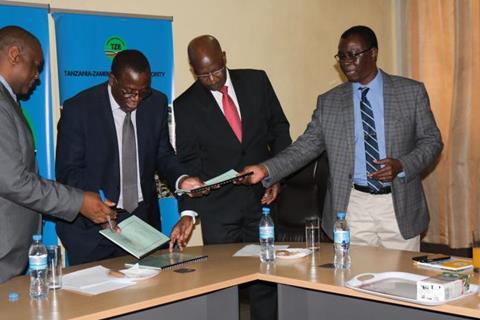 AFRICA: The Grain Marketing Board of Zimbabwe has awarded Tanzania-Zambia Railway Authority, Zambia Railways Ltd and National Railways of Zimbabwe a contract to transport 17 000 tonnes of maize from Tanzania to Bulawayo.

Deliveries will run for three months from September 9, and if successful the contract could be extended to cover a total of 83 000 tonnes.

TAZARA is to load the maize at Makambako and Vwawa, with ZRL taking over operations at New Kapiri Mposhi and then NRZ at Livingstone. TAZARA has allocated 100 wagons for the traffic, and the other two operators a total of 100 between them.

‘As TAZARA and speaking for the other two sister railways, we are very delighted to be given this opportunity and are up to the challenge’, said TAZARA Manging Director & CEO Bruno Ching’andu when the contract was signed on September 4, adding that the maize was the staple food of Zimbabwe and therefore ‘failure was not an option’.

Vice-Chairman of NRZ Major General William Dube said ‘nothing short of success would be accepted’.