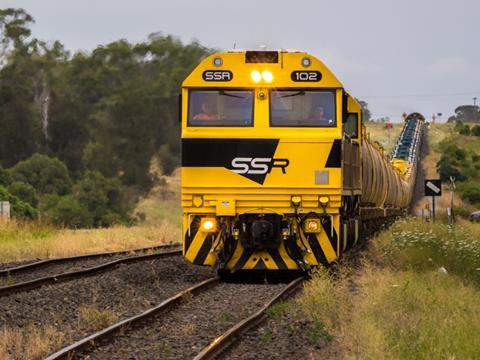 AUSTRALIA: The government of New South Wales announced an additional A$15m of funding to support rail freight projects in the state on August 8:

The Funding will be allocated to Transport for NSW as the network owner for the Country Regional Network and Metropolitan Rail Network.

The government said it had invested more than A$1bn in the operation, maintenance and upgrading of the 2 386 km Country Regional Network since March 2011. 'The NSW Government is determined to shift more bulk freight on to rail to ensure we get produce from paddocks to ports as quickly and efficiently as possible', said Minister for Freight Duncan Gay on August 8.

'The freight transport network is the backbone of country NSW and we need to improve its efficiency to take more freight off our local and regional roads - a massive win for regional communities, economies and the state's producers.'