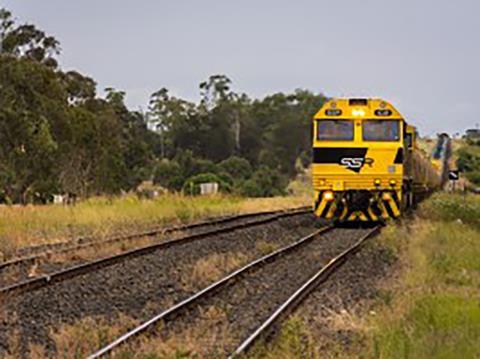 AUSTRALIA: Australian Rail Track Corp has approved a six-month trial of longer and heavier grain trains on the 100 km route between Moree and Narrabri in New South Wales.

Axleloads are being increased by 15% and standard train lengths from 850 m to 1 000 m. ‘Conservatively we think farmers and producers can realise around A$2 to A$3 per tonne in savings as a result of the increase in axleloads alone’, said ARTC Executive General Manager, Hunter Valley, Jonathan Vandervoort on May 26. ‘Add in an increase in length and the savings are multiplied.’

Vandervoort said in two years ARTC had moved from 19 tonne axleload, 40-wagon trains to 70-wagon trains with a 23 tonne axleload, equivalent to an additional 11 tonnes of freight per wagon. He said the cost savings would enlarge the catchment area within which rail is a competitive option, while longer and heavier trains were ‘a bonus for our other customers as it improves network capacity by reducing the overall number of interactions between trains, decreasing the variations in freight cycle time and passenger train performance.’