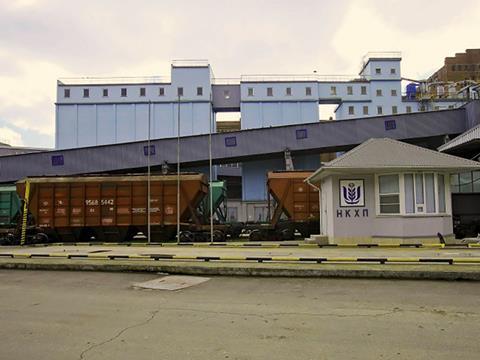 RUSSIA: United Grain Co has ordered an initial 1 500 Type 19-9549 grain hopper wagons from United Wagon Co’s Tikhvin plant, as the first stage of a development programme which envisages the formation of a fleet of 8 500 wagons by 2020. These would carry 10 million tonnes of grain a year on the company’s southern and eastern grain corridors.

The new wagons will have 25 tonne axleload bogies providing a capacity of 120 m3 or 76 tonnes while being fuilly compatible with existing terminal infrastructure. They are designed for eight years or 800 000 km between scheduled overhauls, which UWC said would offer a significant reduction in life-cycle costs.

United Grain Co is also modernising grain handling facilities at the Black Sea port of Novorossiysk and building a grain terminal at Zarubino on the Sea of Japan.

‘With a fleet of our own, we will become a stronger competitor and improve our logistics performance’, said United Grain Co director Marat Shaidaev, adding that the company’s grain elevators and port terminals would provide steady traffic.