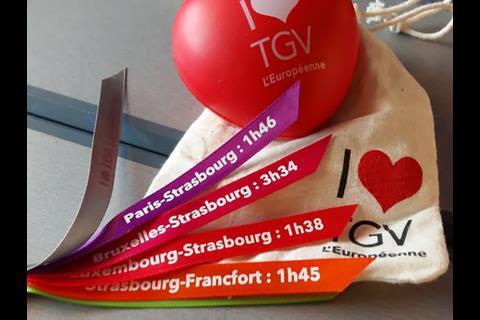 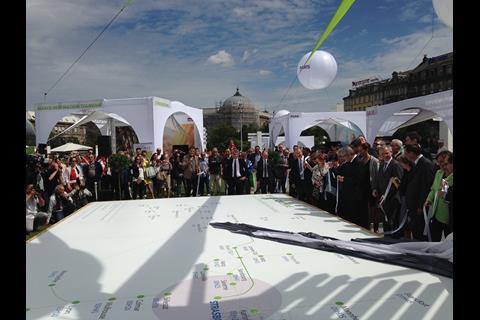 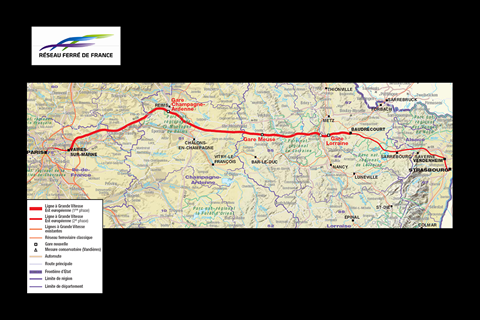 FRANCE: The second phase of LGV Est-Européenne opened on July 3, completing the high speed line between Paris and Strasbourg. There are 16 trains a day each way between the cities, with a fastest journey time of 1 h 46 min compared to around 4 h before the opening of phase 1. Completion of the line also reduces travel times to Germany, Belgium and Luxembourg.

Phase 2 covers 106 km between Baudrecourt and Vendenheim, extending Phase 1 which opened on June 10 2007. An agreement to finance the €2∙01bn Phase 2 was signed on September 1 2009, with funding coming from the national government (€680m), former national infrastructure manager RFF (€532m), the European Union (€118m) and 16 local authorities plus the Grand Duchy of Luxembourg (€680m).

Civil works were tendered in 10 sections, including the 4 km Saverne tunnel under the Vosges mountains. Construction began in June 2010, ahead of a groundbreaking ceremony in November 2010. Tracklaying was completed in March 2015, but the opening date was put back from April 3 2016 following the fatal derailment of a test train at Eckwersheim on November 14 2015.

As part of the project SNCF held customer and staff workshops to develop ideas for new customer services, aiming at ‘regaining customer loyalty by delivering a top-quality high speed experience, without losing sight of its role as a carrier that serves everyone and is affordable for the greatest number.’

‘Pro 1ère’ business travellers on the Alstom Euroduplex double-deck TGVs can select their seats, luggage storage areas have been made easier to identify, and station staff can provide passengers with QR code tags which would help identify lost luggage. The coaches feature screens informing passengers about regions they are travelling through, available onboard services and connecting trains, while TGV café-bars will gradually gain mobile device charging stations. Over the summer, trains departing from Paris will feature background music ‘to help passengers relax and feel more comfortable as they board and settle into their seats’.