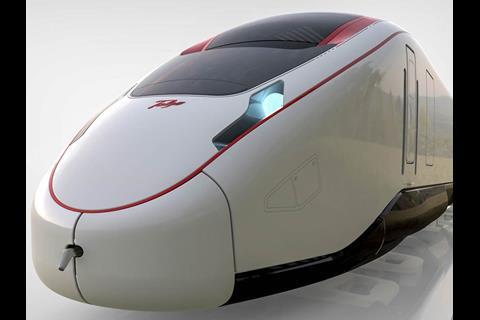 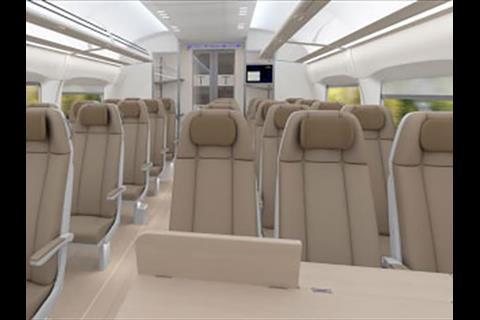 SPAIN: Talgo has been selected for a contract to supply 15 high speed trainsets to RENFE and maintain them for 30 years, Minister of Development Íñigo de la Serna announced on November 28. The first of the trainsets from Talgo’s Avril family are to be ready for service in 38 to 42 months.

The 330 km/h trainsets are to have 416 standard and 105 business class seats arranged 2+2 and 3+2, adjustable to face the direction of travel.

The contract is worth €786·5m, which the ministry said was 28% below initial offers, with Talgo’s bid being the top scoring for both technical and financial criteria. Maintenance is to be undertaken through a joint venture with Renfe Integria Fabricación y Mantenimiento.

There is an option for a further 15 trainsets and an additional 10 years of maintenance which would take the overall value to €1·50bn.

Seven companies had originally prequalified for the contract, with bids being submitted by four. However Bombardier launched a legal challenge which resulted in the removal of a requirement for domestic production, and new bids were submitted by Alstom, Bombardier, CAF, Siemens and Talgo.

Talgo President Carlos Palacio Oriol said winning the contract was ‘excellent’ news. ‘By choosing the Avril train, Spain and Talgo reinforce their position throughout the world as a benchmark for quality in the high speed market’, he said.

Oriol said Talgo had invested €50m over eight years developing the Avril as ‘the most advanced high-speed train in the world’. He said the ‘faster, lighter, more efficient and sustainable’ train has been designed in anticipation of the liberalisation of the European railway market, which he believes will force operators to reduce operating and capital costs per passenger.

‘Following this contract award, which demonstrates the excellent work done by the company, Talgo will continue to bet on its strategy of internationalisation and diversification’, he added.