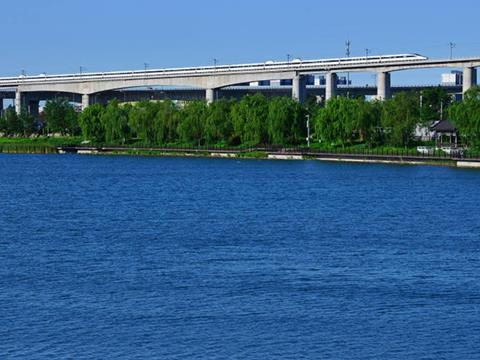 CHINA: The 247 km Chongqing – Wanzhou Passenger-Dedicated Line serving the Three Gorges area and the Yangtze River Economic Belt was opened for revenue operation on November 28. Test running on the route had started on July 16.

Operated by Chengdu Railway Bureau using a fleet of CRH2A trainsets running at 200 km/h, the Chongqing – Wanzhou PDL is initially carrying 21 trains each way per day, with a journey time of around 1 h 45 min. Some services run through from Wanzhou to Chengdu Dong using the 300 km/h Chengdu – Chongqing line, offering an end-to-end time of 3 h 19 min.

Under construction since 2013, the line runs through the area around the Three Gorges reservoir, which is one of the poorest regions in central China. Serving the towns on the north side of the Yangtze River, the line is expected to improve connectivity between southwest and northeast China and encourage local economic development. A further section running northeast from Wanzhou to Zhengzhou through Badong and Nanyang is under construction as part of the current plan to develop eight east-west and eight north-south high speed corridors.

Designed for 250 km/h operation, the line has a minimum curve radius of 4 000 m and a maximum gradient of 2%. It starts from the existing station at Chongqing Bei and serves seven intermediate stations before reaching Wanzhou. Reflecting the mountainous terrain it traverses, the line has 216 viaducts and bridges totalling 92·5 km and 57 tunnels with a total length of 76 km.