Historic terminus to be incorporated in metro station 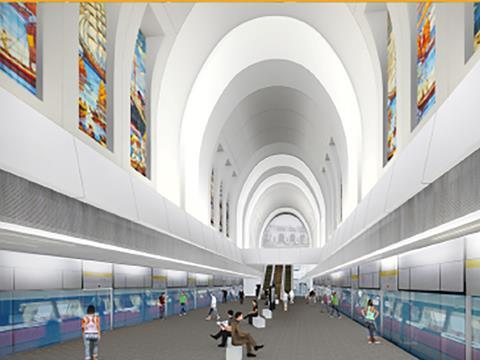 SINGAPORE: Land Transport Authority has announced details of how the future Cantonment metro station on the final phase of the Circle Line is to be integrated with the historic Tanjong Pagar station. The former terminus of main line rail services from Malaysia, Tanjong Pagar is designated as a national monument ‘with deep historical, architectural and social significance’, said LTA.

LTA said the new station would be ‘carefully integrated’ with the Art Deco building designed by Swann & Maclaren, which was opened by the Governor of the Straits Settlements in May 1932 (RG 11.32 p598) and closed with the end of rail services on June 30 2011. The old building is to be used as a multi-functional community facility for 20 years after the metro station is completed, and the design of the new station aims to ‘merge the past and present to create a unique environment that reflects the rich historical value of the national monument.’