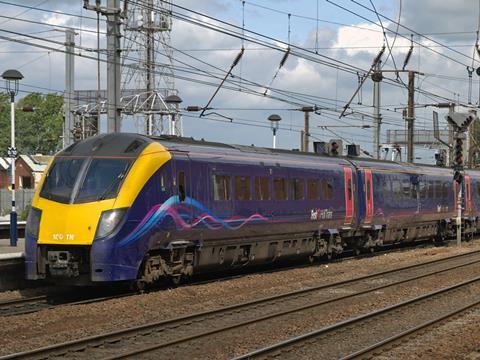 UK: Will Dunnett has resigned as Managing Director of Hull Trains, in a move which the East Yorkshire to London open access inter-city operator said was unrelated to the extensive and ongoing disruption after its DMU fleet suffered damage during the recent ‘Beast from the East’ bad weather.

Dunnett left Hull Trains with effect from March 2, and the operator is now being led by Louise Cheeseman, Director of Service Delivery.

‘I’d like to place on record my thanks to Will for his efforts at the company which has led it to regularly top independent passenger satisfaction ratings’, said Steve Montgomery, Managing Director of parent company FirstGroup’s First Rail business, emphasising that his departure was ‘unconnected to recent performance issues.’ Montgomery said Cheeseman ‘has a wealth of global experience in the rail industry and has held a number of senior positions within the industry, most recently Director of Service Delivery at RATP Metrolink in Manchester’.

Hull Trains has a small fleet of just four Alstom Class 180 DMUs. One has been out of service for repairs since an incident near Peterborough during December. Two of the remaining units were damaged by the ingress of ice and snow into their electrical systems during the unusually cold weather, and while one of these was repaired within a day the other has required more extensive work.

This left two operable units, but one was due for scheduled maintenance. This left just one unit in traffic, forcing Hull Trains to reduce its service to a Hull – Doncaster shuttle, with passengers advised to travel to or from London via Sheffield and East Midlands Trains. Ticket acceptance was not agreed with Virgin Trains East Coast because it was also suffering from weather-related disruption.

The two damaged DMUs are expected to return to traffic shortly.

Hull Trains and Angel Trains placed a £60m order for five five-car Hitachi AT300 electro-diesel trainsets in November 2016 and these are expected to be delivered in 2019. The operator hopes this will help to avoid similar problems occurring in the future.