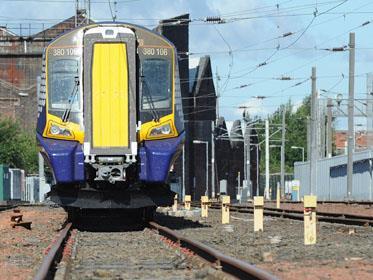 The project on the Glasgow suburban network is to be undertaken by Babcock, with site works to start in mid-July for completion by December.

This is the first major project to be delivered under the alliance. A review of the specifications identified cost savings which have reduced the price to £12m, which NR said was 'significantly down from the original range of estimates'.

Extended neutral sections will be used under bridges, reducing the need for rebuilding works which would require power and telecoms cabling within the structures to be moved. Track lowering will be used at key points, as this will be cheaper than raising structures. Clearances will allow the use of diesel multiple-units when electric multiple-units are not available, and enable potential freight operations to Hawkhead.

ScotRail has waived its right to disruption compensation payments from NR during the work.

'This is fine example of joining forces to deliver a cost-effective solution that support the Scottish Government's ambitions for electrified rail across the network', said Scottish Transport Minister Keith Brown.