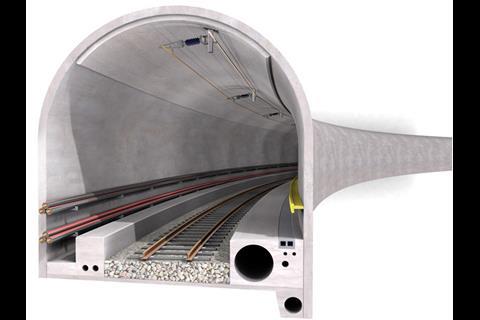 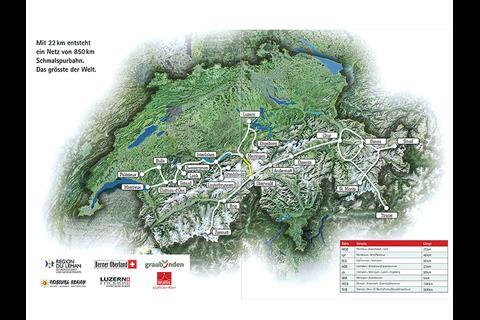 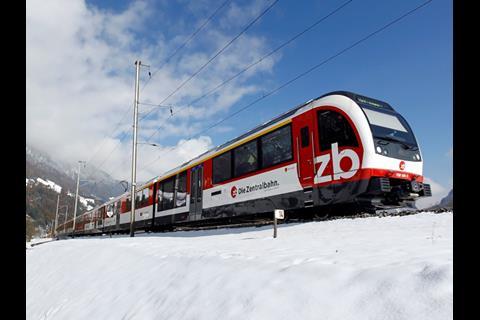 SWITZERLAND: The cantons of Bern and Valais and electricity distribution company Swissgrid unveiled a SFr580m plan for the construction of a railway linking the Zentralbahn and Matterhorn Gotthard Bahn metre-gauge networks on February 4.

Swissgrid’s high voltage link over the Grimsel Pass is due to be replaced, and the project envisages the construction of an 8·3 km tunnel which trains would share with the 380 kV cables. The railway would provide a year-round alternative to the existing road over the pass which is closed in winter.

The Grimselbahn would start at Innertkirchen, terminus of the 5·0 km Meiringen-Innertkirchen-Bahn which connects with the Zentralbahn at Meiringen. The route would initially run 13·7 km south to Handeck, with 6·3 km in tunnels and 2·3 km protected by avalanche shelters. From Handeck the 8·3 km Grimsel Tunnel would take the trains to Oberwald on the MGB. The entire line would be single track and electrified.

The two cantons have applied for federal funding for the project. They envisage that planning could be completed and legal powers put in place in 2019, when construction would start for opening in 2025. The line is predicted to carry 400 000 passengers/year.

Linking the Zentralbahn and MIB in the north with the MGB and Rhätische Bahn in the south would create a continuous metre-gauge network of around 850 km, albeit with three electrification systems and two types of rack.

The first proposals for a Grimsel railway were put forward in 1850s, but were dropped in favour of the Gotthard and Simplon standard gauge routes. The concept was revived after World War II as part of a wider scheme for the region, of which only MGB’s Furka Base Tunnel was completed. The idea was subsequently kept alive by a private group.