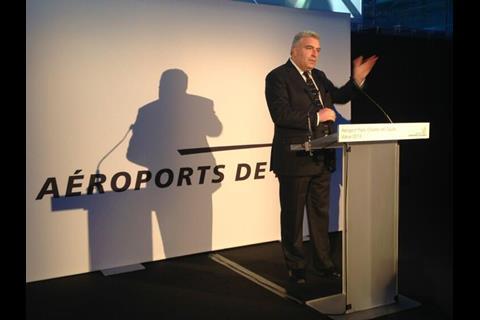 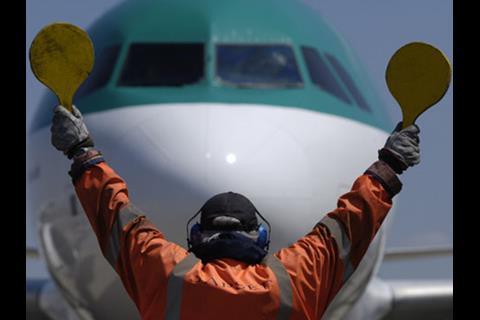 FRANCE: A dedicated airport rail link between Paris Est and Charles-de-Gaulle Airport could begin operating in 2023 under a €1·7bn-€1·9bn project announced by Transport Minister Frédéric Cuvillier on January 23.

Speaking at an event in the airport's Terminal 3 organised by Aéroports de Paris, the minister said the project would be led by a 50:50 joint venture which was founded last year by ADP and infrastructure manager RFF. Previous abortive attempts to develop the CDG Express had been led by private sector promoters or envisaged some form of PPP.

At present the airport is linked to the centre of Paris by a branch of RER Line B, which offers 28 through trains each way per day and a 15 min headway at peak times. Journey time is around 35 min. It is also served by inter-regional TGVs using LGV Interconnexion to bypass the capital. With ADP projecting that traffic through the airport will double from the current 60 million passengers/year over the next decade, another rail link is seen as essential.

The latest proposal envisages the same 40 km route which was awarded a Declaration of Public Utility in 2008. This would use 32 km of existing tracks and 8 km of new construction. The CDG Express trains would start from Paris Est, and pass through a short tunnelled connection to join the route out of Paris Nord, where they would share the long-distance tracks paralleling RER Line B. A new branch would diverge at Mitry-Mory and run north into the airport alongside the LGV.

At this stage the government has not decided on an operator for the service, although the ministry says it is not strongly minded to call competitive tenders unless required to do so under European legislation. At present SNCF has exclusive operating rights to run domestic passenger services on the national network, but RATP President Pierre Mongin has proposed that the urban and national operators should form another 50:50 joint venture.

CDG Express would offer a train every 15 min between 05.00 and midnight, with a journey time of 20 min. A fare of €24 is envisaged, which would be more the €9·75 RER fare but competitive with the average taxi fare of €60. To help recoup the capital cost of the project, Cuvillier envisages that the scheme could be partially funded by a tax on airline tickets.