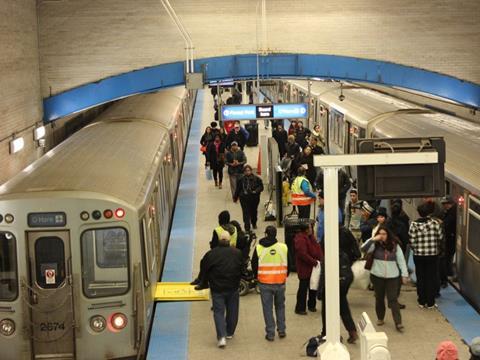 The project forms part of the ongoing $492m Your New Blue project to modernise the line. Work to renovate Jefferson Park and Belmont stations is to begin soon, with Grand, Division and Chicago stations to follow. Substation improvement will increase the traction power available, and water mitigation works are planned.

‘The Blue Line O’Hare branch has been a workhorse of the CTA rail system for more than 30 years, and has continually contributed to the improvements in communities along the line’, said CTA President Dorval R Carter Jr. ‘As ridership has grown, we are committed to making the investments necessary that provide better rail service to our Blue Line customers through the number of projects that have been completed and are still to come.’