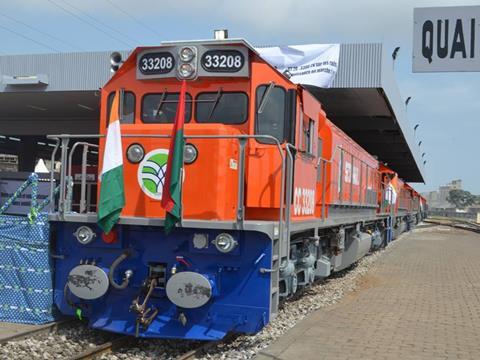 AFRICA: A bilateral agreement for the modernisation of the Abidjan – Ouagadougou – Kaya route and the construction of an extension to manganese deposits at Tambao near the borders of Niger and Mali was signed by the presidents of Côte d'Ivoire and Burkina Faso at the Eight Summit Conference of the Treaty of Friendship & Co-operation on July 31.

Railway concessionaire Sitarail had planned the modernisation of the 1 260 km metre-gauge route between Abidjan and Ouagadougou, but work was postponed.

The upgrade is expected to increase traffic between Burkina Faso and Côte d'Ivoire to 5 million tonnes of freight and 800 000 passengers/year, with passenger trains to be operated by rolling stock purchased from Switzerland’s Appenzeller Bahnen. Last year the line was reported to be carrying 800 000 tonnes and 200 000 passengers a year.