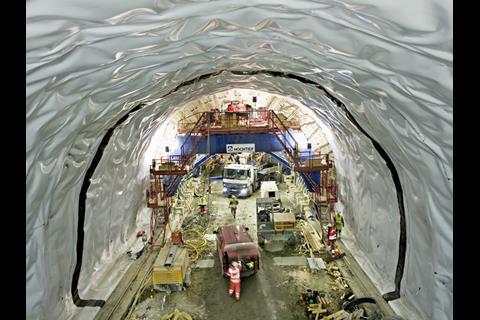 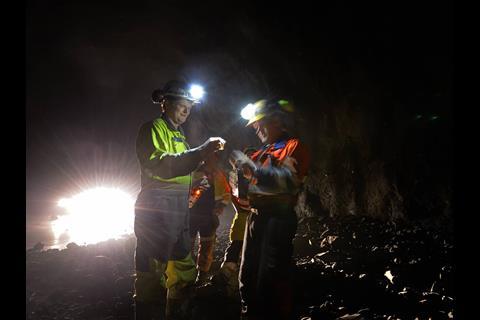 NORWAY: Celebrations were held on July 3 to mark the holing through of the 3·9 km Ulvin tunnel, which forms the centrepiece of a project to upgrade and realign a key section of Jernbaneverket's Dovrebanen main line between Oslo and Trondheim.

The 17 km section between Minnesund and Kleverud is being realigned and double-tracked by 2015 as part of a joint project with road authority Statens Vegvesen to rebuild the parallel E6 road. The tunnel has been excavated by the Veidekke Hochtief joint venture, which marked the breakthrough with a traditional cognac toast. The joint venture is continuing to install a concrete lining in the tunnel, which is new for Norway, and will also complete the southern portal which had been started by Alpine Bau.

After Alpine Bau was entered administration in June, Jernbaneverket cancelled the company's contract for its 5·2 km share of the Dovrebanen project on June 24. Citing urgent deadlines, the infrastructure manager then reallocated the time-critical elements to the other contractors Veidekke Hochtief and Hæhre Entreprenør, as well as Infranord Norway and Eltel Networks.

Had these works not been relet, Jernevaneverket explained, a planned one-week blockade of the Dovre line on October 21 - 28 to switch operations onto a 1 km section of the new alignment would have been missed. This in turn could have led to a year's delay in building the parallel motorway over the route of the old line.

New tenders will be invited for the less time-critical elements in the Alpine Bau contract, and Jernbaneverket hopes to have a replacement contractor on site by December.