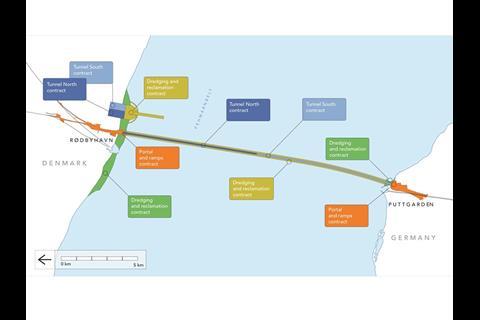 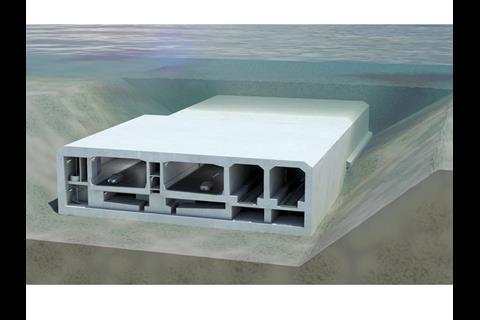 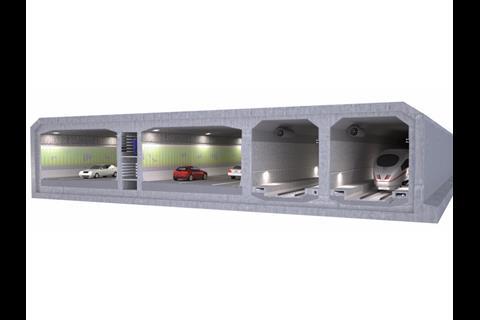 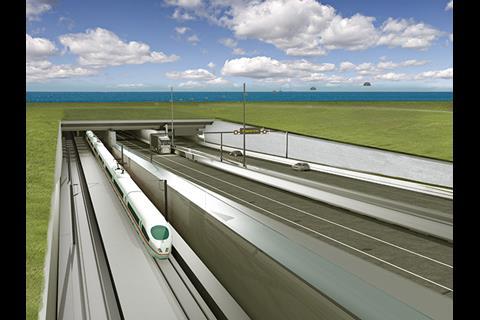 EUROPE: The four main tunnel construction contracts for the Fehmarn Belt fixed link between Denmark and Germany were signed by project promoter Femern A/S and its preferred bidders on May 30.

The 18 km immersed tunnel will be assembled from 89 concrete elements which are to be cast in a purpose-built factory east of Rødbyhavn in Denmark.

The contracts are worth a total of almost DKr30bn, and were awarded following an EU-wide tendering process. The contracts are final and binding, but conditional upon German environmental approval for the project; as such they are valid until the end of 2019 with the option to renegotiate at that time. Construction works are expected to start in January 2018 and take 8½ years.

‘We are pleased that, after a number of years of preparation and a tendering process, contracts have now been signed with the winning contractor consortia’, said Femern A/S CEO Claus F Baunkjær. ‘As a result, our prime focus is now on obtaining German approval, which is a condition for getting construction underway.’

It was originally intended that the contracts would be signed on May 13, however this was postponed in order await the result of the review of a complaint by a losing bidder.

Immersed tunnel, including the factory which will produce 89 pre-cast concrete elements.

Portals and ramps, including connections to the existing motorways and railways