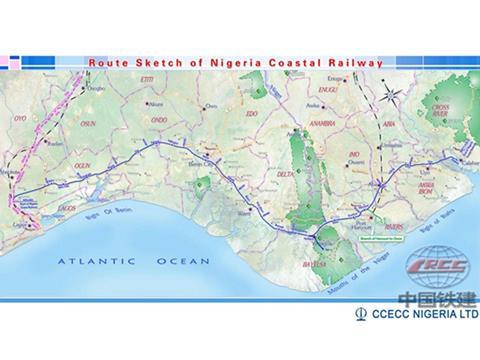 NIGERIA: The Federal Ministry of Transport and China Civil Engineering Construction Corp signed a framework agreement to go ahead with the Coastal Railway project on May 5.

Detailed negotiations will now take place before the conclusion of a final construction contract, which the China Railway Construction Corp subsidiary estimates will be worth US$13·12bn.

An agreement for CCECC to plan the railway was signed in 2010. The route would run around 650 km across the country from Calabar in the east to Aba, Port Harcourt, Warri, Benin City and Lagos in the west. The standard gauge alignment totalling 1 385 track-km would pass through 10 states, have 22 stations and be designed for speeds of 120 km/h.