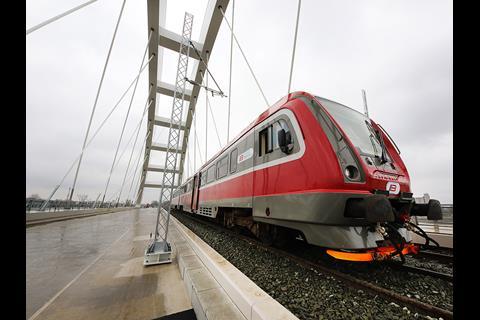 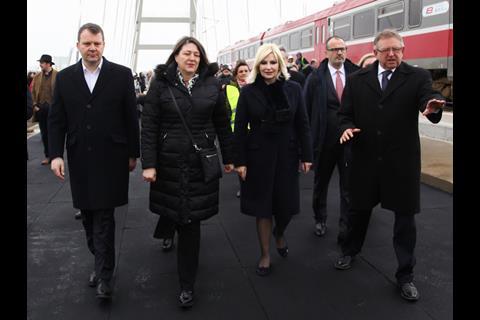 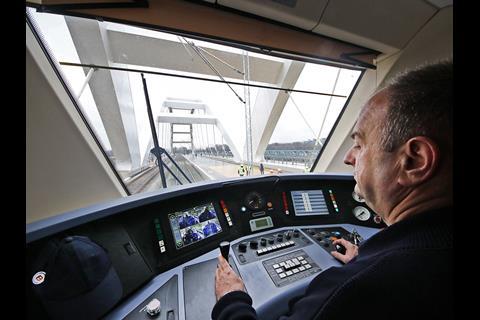 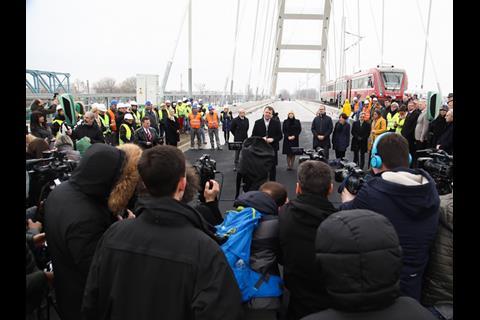 SERBIA: A ceremonial first train carried guests including European Transport Commissioner Violeta Bulc, Minister of Construction, Transport & Infrastructure Zorana Mihajlović and local officials across the new combined road and rail bridge over the River Danube between Novi Sad and Petrovaradin on March 26. Revenue services are scheduled to begin on April 6.

The double-arch bridge with a suspended platform is at the same location and is similar in appearance to the previous Žeželj Bridge. This was built in 1957-61, destroyed by NATO in 1999 and replaced the following year by a temporary structure a short distance upstream.

The latest bridge was built by consortium of Azvi, Horta Coslada and Taddei at a cost of €48·2m, of which €40m came from an EU grant. The arches were positioned by specialist heavy lifting company ALE.