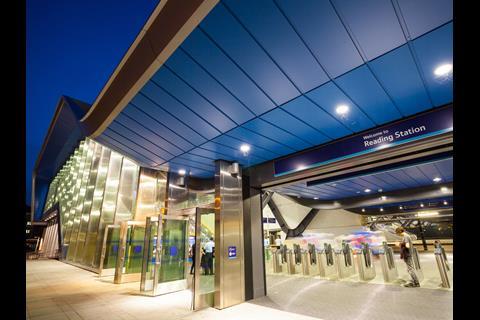 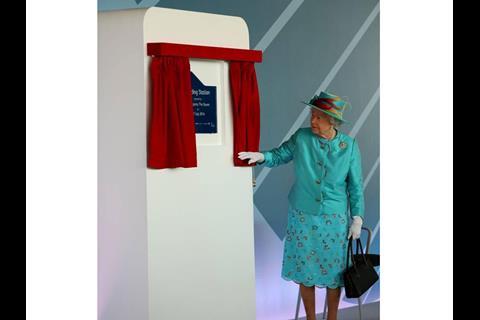 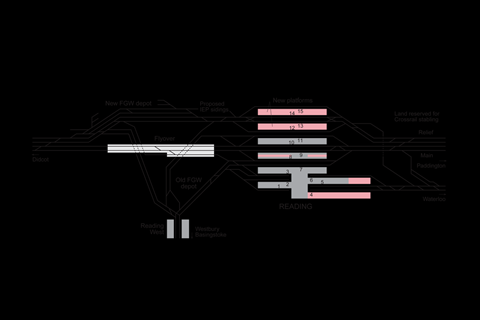 UK: The rebuilt station at Reading on Network Rail’s Great Western Main Line was officially inaugurated by Queen Elizabeth II on July 17, marking the completion of a four-year project.

The station reconstruction forms a key element in the £897m Reading Station Area Redevelopment programme, which is now expected to be completed a year ahead of schedule in the spring of 2015. This includes remodelling and grade-separating junctions west of the station to segregate east-west and north-south flows plus the construction of a new rolling stock depot. The GWML is also being electrified and resignalled with ETCS Level 2 under related projects which are due for completion over the next five years, adding to the complexity of the work programme.

There will be capacity for up to four more trains per hour, including Crossrail services which are due to begin running to Reading in 2019. With patronage forecast to reach 30 million passengers a year by 2030, the rebuilding has doubled the station’s capacity, with the construction of five new platforms, linked by lifts and escalators to a huge concourse above the tracks, with entrances both north and south of the main line.

‘Reading is now a state-of-the-art station, future-proofed to cope with more than double its current number of passengers’, said Robbie Burns, NR’s Regional Director, Infrastructure Projects, Western & Wales, adding that the remodelling would address ‘one of the worst bottlenecks on the British railway network’.

First Great Western Managing Director Mark Hopwood said ‘this is a fantastic day, not just because our customers have a brand new station that is fit for the 21st century, but also because it marks the completion of the first major project in a series of billion-pound investments that will be made in the Great Western network over the coming years.’

Project management for the station rebuilding has been provided by Bechtel, which was appointed in 2009 to assist Network Rail with the Crossrail surface works programme.