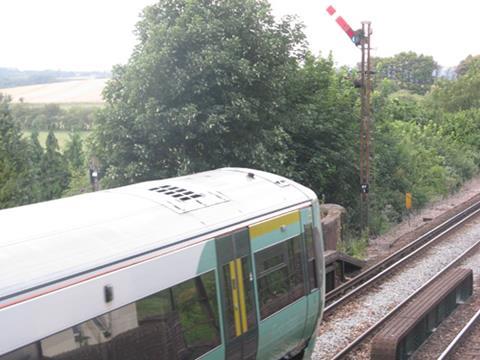 UK: Alstom Transport announced on December 19 that its Signalling Solutions Ltd joint venture with Balfour Beatty Rail had been awarded contracts worth a total of €43m by Network Rail.

Under a package worth €27m, SSL is to design, supply, install, test and commission new signalling and associated power works on the Great Western Main Line which connects London with Bristol and Cardiff, in preparation for electrification and the overlay of ETCS. Main works are due to take place between 2013 and 2015.

SLL is also to resignal the 29 km between Arundel and Horsham in southern England using Alstom's Smartlock 400 computer-based interlocking. Final commissioning is expected in October 2013 under a contract worth €15m.

Finally, a contract worth €931 000 covers early design work for a large-scale signalling renewals programme between Scunthorpe and Cleethorpes in north Lincolnshire. This is in preparation for main works due to take place between 2014 and 2016.