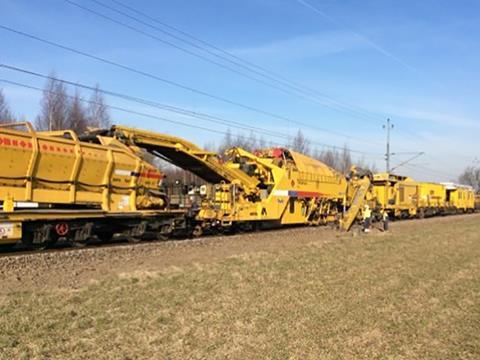 SWEDEN: Trafikverket has awarded Strukton a contract to use high-output plant to renew 40 route-km of double track on the route between Boden and Bastuträsk in northern Sweden. There is an option for a further eight route-km.

The project is to be undertaken in three stages starting with the Koler – Älsbyn section in April 2016, followed by Storblåliden – Koler and then Bastuträsk – Träskholm. The entire project is scheduled for completion in October 2017.

The route is primarily used for mining and forestry traffic, and according to Strukton there have been regular rail breaks in recent years which have led to the imposition of speed limits and a reduction in capacity.