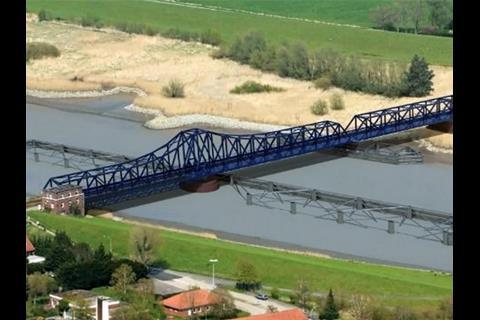 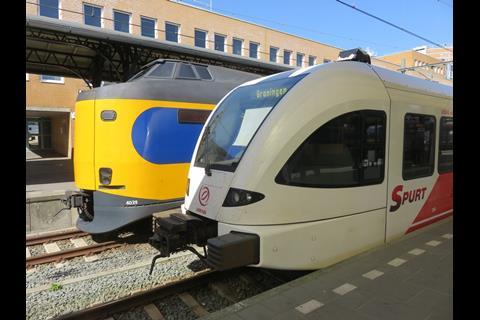 GERMANY: Deutsche Bahn and the local authorities have published proposals for a long swing bridge to replace the Friesen Bridge across the River Ems, which was irreparably damaged when it was hit by a ship on December 3 2015.

Trains have been unable to use the bascule bridge near the Dutch border since the collision, with Arriva having to replace part of its Groningen – Leer service with buses. This has been a significant setback for the EU-backed Wunderline project, which is working to boost traffic on the cross-border corridor between Groningen, Leer and Bremen.

The proposed swing bridge would be one of the largest in Europe with a length of 160 m. It would provide a 71 m channel for shipping, wider than the 46 m of the older bridge and enabling larger cruise ships to be built at the Meyer Werft shipyard which is located upstream from the bridge. In addition to the single-track railway, the bridge would have a 2·5 m wide space for a footpath and a cycle path.