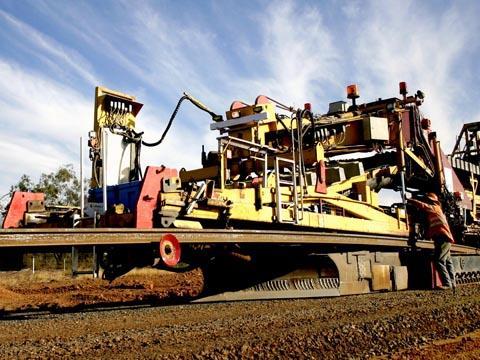 AUSTRALIA: Tracklaying has begun on the 69 km Northern Missing Link in central Queensland, QR National announced on May 24.

The A$385 connection between the existing 1 067 mm gauge Goonyell and Newlands coal networks is being built as part of the A$1·1bn Goonyella to Abbot Point expansion project, which includes work to increase capacity on the existing Newlands lines.

Despite recent wet weather, the project is on schedule for trains to begin using the Northern Missing Link in January 2012. Full completion of the GAP project in June 2012 will double the capacity on the route to Abbot Point Coal Terminal to 50 mtpa.

A new balloon loop was commissioned at the Abbot Point Coal Terminal on May 23, enabling faster and more efficient coal unloading.