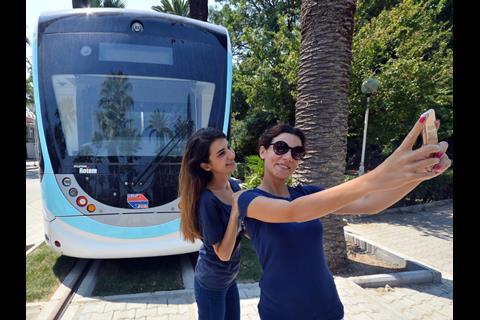 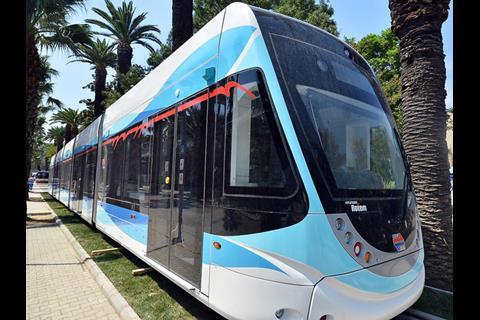 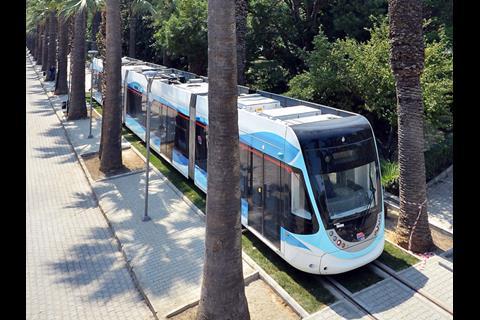 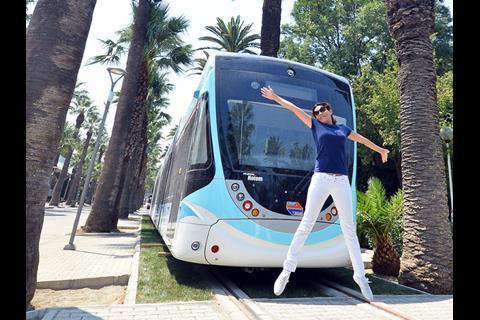 TURKEY: The first of 38 trams that Eurotem is supplying for the two lines under construction in Izmir has arrived in the city. It will be on public display until September 4.

The five-section low-floor tram is 32·2 m long and 2 650 mm wide with capacity for 285 passengers including 48 seated. One unpowered and two motor bogies have a total of eight 60 kW traction motors, giving a maximum speed of 70 km/h. The fleet will be restricted to 50 km/h in service, and average commercial speed is envisaged to be 24 km/h.

In August 2014 the Eurotem joint venture of Hyundai Rotem and Tüvasaş was awarded a 83·7bn won contract to supply 38 trams by February 2017. They are being built at Eurotem’s factory in Adapazarı, with 85% of the components produced locally.