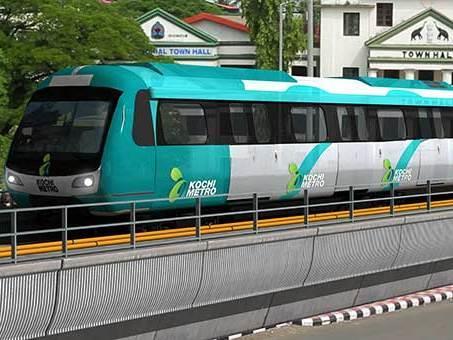 The electrification contract is worth €33m and covers the installation of a 750 V DC third-rail power supply, together with auxiliary substations and associated SCADA systems.

Alstom’s Bangalore site will lead the project, with components coming from Villeurbanne and Bologna.

Alstom is supplying 25 three-car Metropolis trainsets from its Sricity plant in Andhra Pradesh under a separate €85m contract awarded in October.

The 25·6 km fully elevated standard gauge metro line with 22 stations is scheduled to open for passenger service in March 2016. The route between Aluva and Petta is expected to carry 15 000 passengers/h per direction.