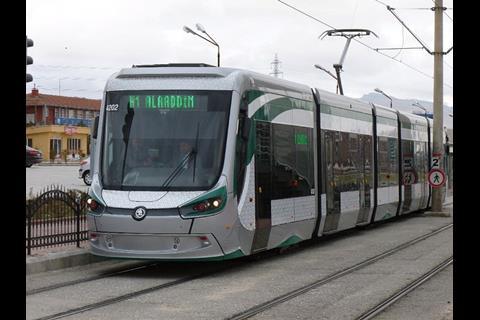 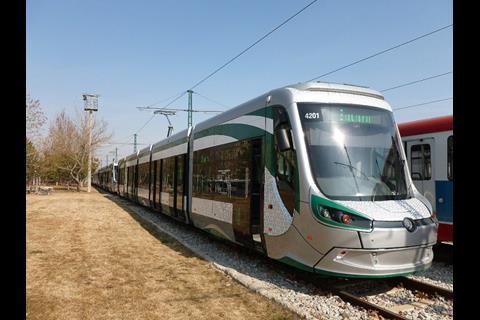 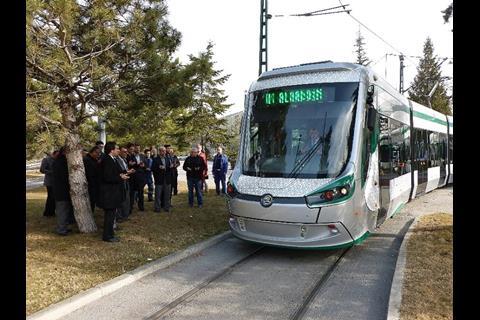 Škoda Transportation Chief Executive Josef Bernard said: ‘In less than a year after signing the contract we have managed to develop, produce and deliver the first tram to the Turkish market. The vehicle is currently in operation with passengers, who seem to be excited, at least according to initial reports. Moreover, series production has been initiated, so we plan to deliver most of the 60 vehicles by the end of the year.’

The vehicle took seven working days to arrive from Škoda’s Plzen factory. It was transported by lorry from Plzen to the port of Trieste, from where it was taken by sea to Mersin and then by road to Konya.

The bidirectional, 100% low-floor tram is 32·5 m long with capacity for 364 passengers. According to Chief Engineer of the project Jaroslav Kulhánek, the vehicle ‘combines the properties of a suburban public transport unit, metro and tram’. The trams will run in pairs, and meet high standards for fire safety for use in a 4·5 km tunnel. The air-conditioned tram also features wi-fi.

The styling was chosen by residents of Konya, and was partly inspired by the whirling dervishes for which Konya is famous, according to the manufacturer.