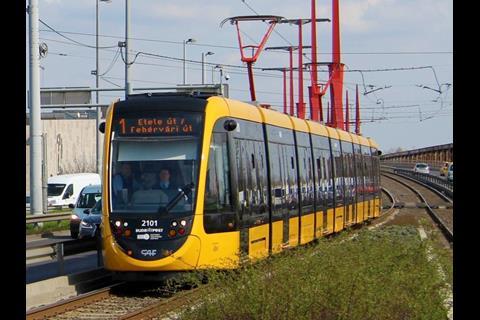 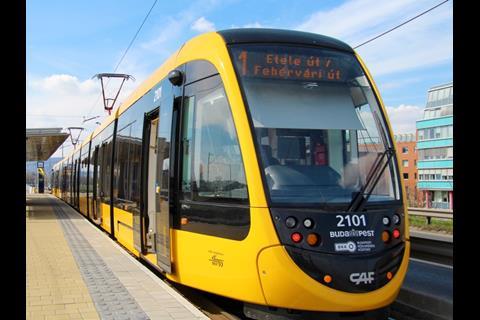 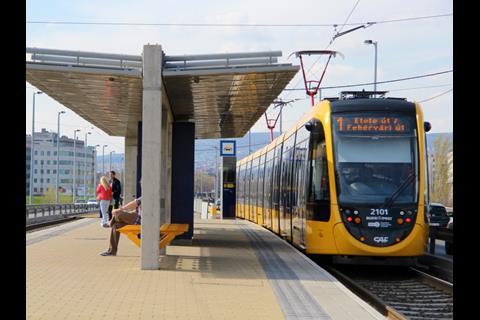 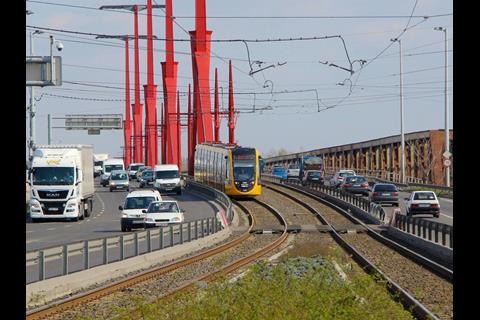 HUNGARY: March 31 saw the entry into passenger service of what is claimed to be the longest tram in the world. The 55·9 m long nine-section CAF Urbos tram is in operation on the recently modernised Route 1 in Budapest, and will be joined by 11 more by mid-year.

Budapest transport authority BKK ordered 37 bidirectional low-floor trams in March 2014 with options for 87 more, and later placed a firm order for a further 10. The cost of the 47 trams is HF46·5bn, of which 99·3% is being met through EU funds and the remainder through the government and Budapest municipality.

The initial order included 12 of the 55·9 m trams, with the remaining 35 being 34·2 m long five-section vehicles. The first of the short trams entered service in late 2015 on Route 3, with routes 17 and 19 following in January.

All of the trams are equipped with air-conditioning, an audio-visual passenger information system, CCTV, an event recorder and an onboard passenger-counting system. The vehicles have the capability of being retrofitted with on-board energy storage for catenary-free operation in sections of the city centre.

On the long trams, three of the five bogies are driven, with 12 traction motors giving a combined power of 840 kW.