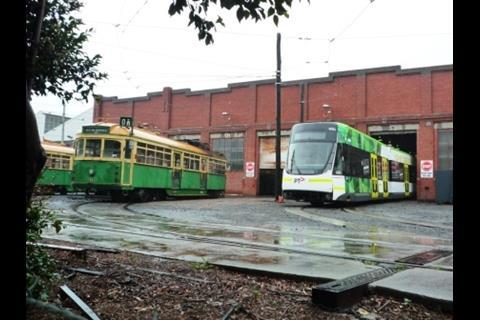 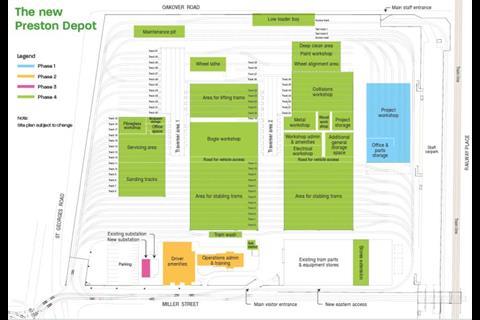 AUSTRALIA: Melbourne tram operator Yarra Trams announced on May 28 the go-ahead for ‘the biggest tram depot redevelopment’ in the city’s history. Under the A$190m project, part of the historic Preston Workshops will be transformed into a state-of-the-art facility to provide stabling, operational and maintenance facilities for the E-Class trams now being delivered by Bombardier.

Under a deal agreed with Public Transport Victoria, an A$102m design and construction package has been awarded to Coleman Rail, covering reconfiguration of the existing heavy maintenance facilities, which will free up the southern part of the 7·3 ha site, creating a new tram servicing area with sanding facilities, a tram wash and an automatic wheel measuring system. The contract includes laying 7 km of new tracks within the depot, which will have 12 double-ended stabling roads plus a second entrance at the rear of the site.

The redevelopment also includes new driver amenities and operations, administration and training facilities, a new substation and a new project workshop. Construction is expected to begin by the end of this year, with completion scheduled for mid-2016. These training facilities will make use of the E-Class driver training simulator which was put into use at Preston Workshops towards the end of 2013.

Yarra Trams is currently restructuring its maintenance and servicing regime, in a programme which will see much of the routine maintenance and periodic inspections of the 500-strong tram fleet transferred to enhanced facilities at five of its eight depots. This is mainly aimed at reducing the amount of empty running across the network, but will also result in a reduced workload at Preston Workshops.

According to Yarra Trams, ‘the new Preston depot will have the best available facilities to support the ongoing introduction of the E-Class trams and comprehensive tram maintenance programmes that ensure a reliable service for the 180 million passengers who use trams each year’.

PTV is currently taking delivery of 50 E-Class cars, which are the largest trams ever to operate in Melbourne. The first batch is being allocated to Southbank depot for use on Route 96 between St Kilda and East Brunswick, which is Yarra Trams’ flagship route. The deployment of the remaining cars is still being negotiated between the operator and PTV, but the new Preston depot is well placed to serve routes 86 (Bundoora – Docklands) and 11 (West Preston – Victoria Harbour) which are considered likely candidates.