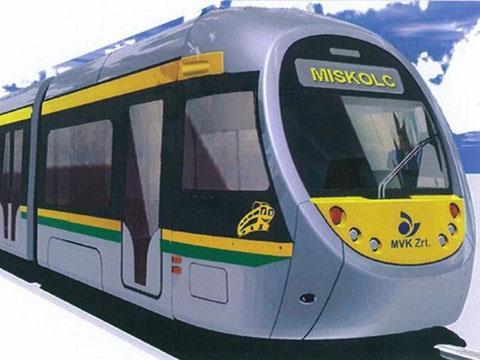 AnsaldoBreda will supply two prototypes by January 31 2012. The Italian manufacturer will then deliver three vehicles per month, starting on April 30, with the final two trams due by January 31 2013.

The contract is part of a HF38bn project to reconstruct 9·6 km of existing route and modernise the depot, and build a 1·5 km extension from Diósgyör to a new transport interchange at Felso-Majláth. Funding will be provided by the EU, Miskolc city council and local transport operator MVK Zrt.

In February the Miskolci Zöld Nyíl 2009 consortium led by Colas-Alterra Ltd was awarded the contract to carry out the renovation and extension work (RG 5.09 p13).