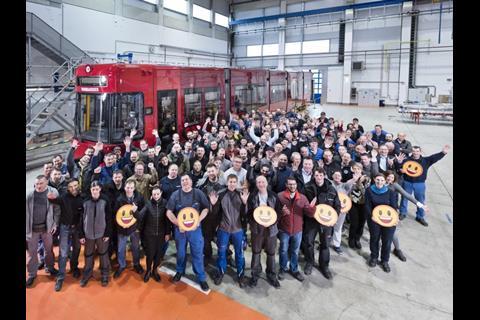 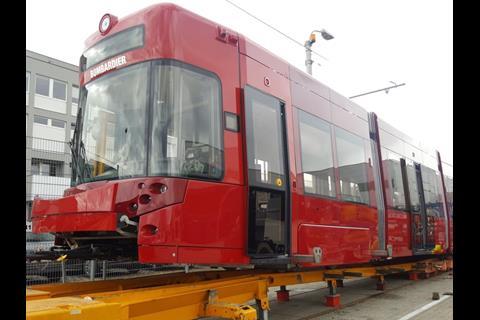 AUSTRIA: The first Flexity light rail vehicle for Innsbruck’s Regionalbahn project left Bombardier’s factory in Wien on March 12. It is expected to enter service in June on Innsbruck’s metre-gauge network.

The city of Innsbruck, the Land of Tirol and transport authority IVB signed a contract in December 2015 for the supply of 20 LRVs with an option for 10 more. The 28 m long trams have capacity for 158 passengers.

The Regionalbahn network being developed would eventually consist of two east-west lines: Line 2 from the Olympic Village and Kajetan-Sweth-Straße to Peerhofsiedlung/Technik West, and Line 5 connecting Rum in the east and Völs in the west. The project requires the construction of a total of 11·9 route-km of new alignment, including a 2·2 km line to Völs, along with a 1·2 km alignment to Rum. The total project cost is €396·7m, which includes €140·1m for rolling stock.

Eight of the new vehicles are to be used on route 2 and 11 will be deployed on route 5, with one held in reserve. They are to be stabled at a depot at Duilestraße, which opened in October at a cost of €17m. The new depot has space for 28 trams.

Maintenance will be carried out at the IVB depot under Bombardier’s FlexCare programme. FlexCare is designed to allow operators to maintain vehicles at their own depots under the overall responsibility of Bombardier.