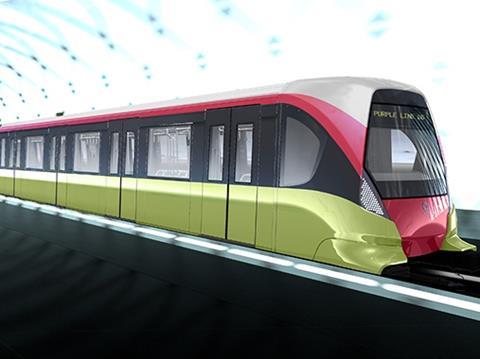 VIETNAM: Hanoi Metropolitan Railway Management Board signed the railway systems contract for Hanoi metro Line 3 on January 17. The €265m contract has been awarded to a consortium of Alstom, Colas Rail and Thales.

The consortium is led by Alstom, whose share of the contract is €190m. Alstom will supply 10 four-car Metropolis trainsets and Urbalis 400 CBTC signalling, as well as power supplies and depot equipment with Colas Rail. Thales will supply the telecoms and the control centre.

Line 3 is the second metro line under construction in the capital, and is due to open in 2021. It will link the main railway station with Nhon, where there will be a maintenance depot. There would be eight stations on an 8·5 km elevated alignment and four on a 4 km underground section. It will initially have a capacity of 8 600 passengers/h per direction, which is due to rise in the first 10 years of operation.