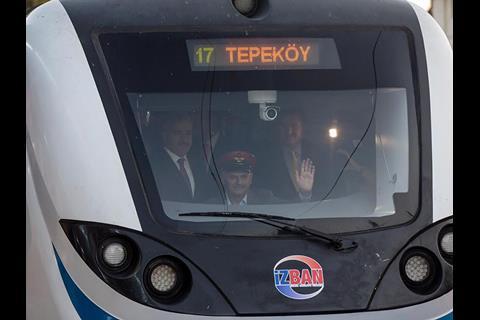 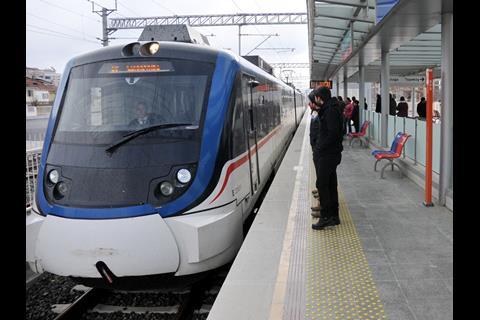 The extension cost TL300m, of which 70% was covered by the national budget, and makes use of a railway alignment originally opened in the 1860s. There is one intermediate station at Sağlık.

Services are operated by Izban, which is owned 50:50 by national rail operator TCDD Taşımacılık and Izmir Metropolitan Municipality.

Meanwhile, on August 28 test running began with a Marmaray trainset that has been transferred to Izmir. The majority of the 440 Hyundai Rotem-built Marmaray cars will not be required in Istanbul until work to upgrade suburban lines either side of the Bosporus is completed, which is now expected at the end of 2018. If testing with the initial trainset is successful, six Marmaray trainsets would be transferred to Izmir to enable headways on the overcrowded suburban services to be reduced from 10 min to 6 min.