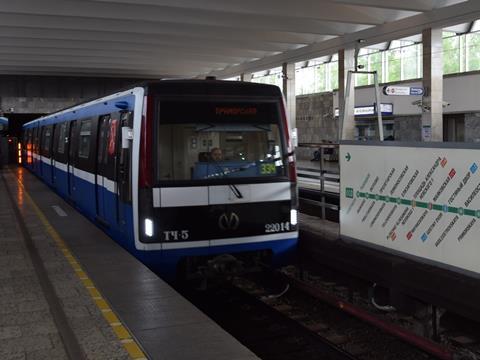 RUSSIA: Transmashholding has been selected to supply five eight-car trainsets to be used on Line 1 of the St Petersburg metro. TMH’s bid of 19bn roubles was cheaper than that submitted by Škoda Transportation subsidiary Vagonmaš.

Deliveries of the Yubileyny trainsets are due to take place between January 16 and April 17 2018. The bodyshells are to be built at TMH’s Tver Carriage Works plant, with final assembly of the trains taking place at Oktyabrsky Electric Railway Car Repair Plant’s facility in St Petersburg, which was officially opened in October.