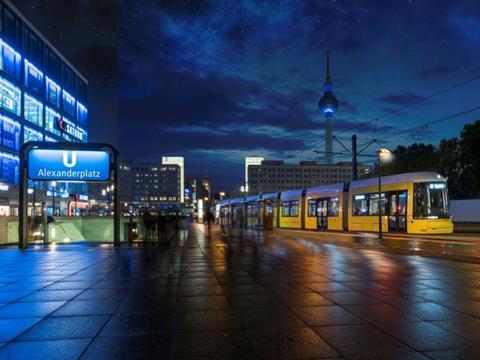 BVG signed a framework agreement with Bombardier for up to 206 trams in 2006. An initial order for four pre-series vehicles was followed by a contract for 99 trams in 2009 and an option for 39 more in 2012. More than 100 Flexity Berlin trams have so far been delivered.

The 100% low-floor air-conditioned trams will be 40 m long with seven modules. Bombardier also announced that 20 trams from the previous order will now have seven sections rather than five, in response to growing passenger numbers.